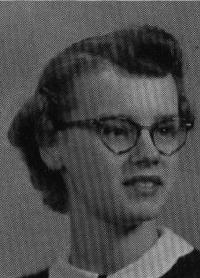 She was born February 20, 1937, in Hagerstown, Maryland to the late Howard and Virginia Sowers.

Bonnie graduated from Hagerstown High School in 1955, received a BA in Education from Towson State Teacher's College in 1955, and a MLS in Library Science from the University of Maryland in 1967.

In 1955, she married Robert "Bob" Lizer. They lived in Baltimore, MD, Williamsport, MD, and Hagerstown, MD before relocating in the Melbourne area in 1989.

Bonnie was a teacher and librarian in Baltimore City and Baltimore County elementary schools until 1974. In 1975, she joined the reference staff of the Washington County Library and later became the Head of Adult Services until her retirement in July of 1989.

After her retirement, the Lizers had moved to Melbourne, Florida. They saw the world together. Much of their traveling was in their RV. Liking the Melbourne area, they bought a condo on the beach in Indialantic, Florida in 1992.

Her travels took her to Europe, Australia, throughout the United States, Canada, Alaska, and several Central and South American countries

Bonnie was a member of the Eastminster Presbyterian Church, the Beach Elder Book Club, the Parkinson's Care Partners, and the Ladies Auxiliary of the Potomac Fish and Game Club in Williamsport, MD.

Bob. her husband of 58 years, preceded her in death. Nancy Burger, her sister-in-law of Williamsport and several nieces, nephews, great nieces and great-nephews survive her.

Her ashes will be entombed with her late husband's in the Cape Canaveral National Cemetery.